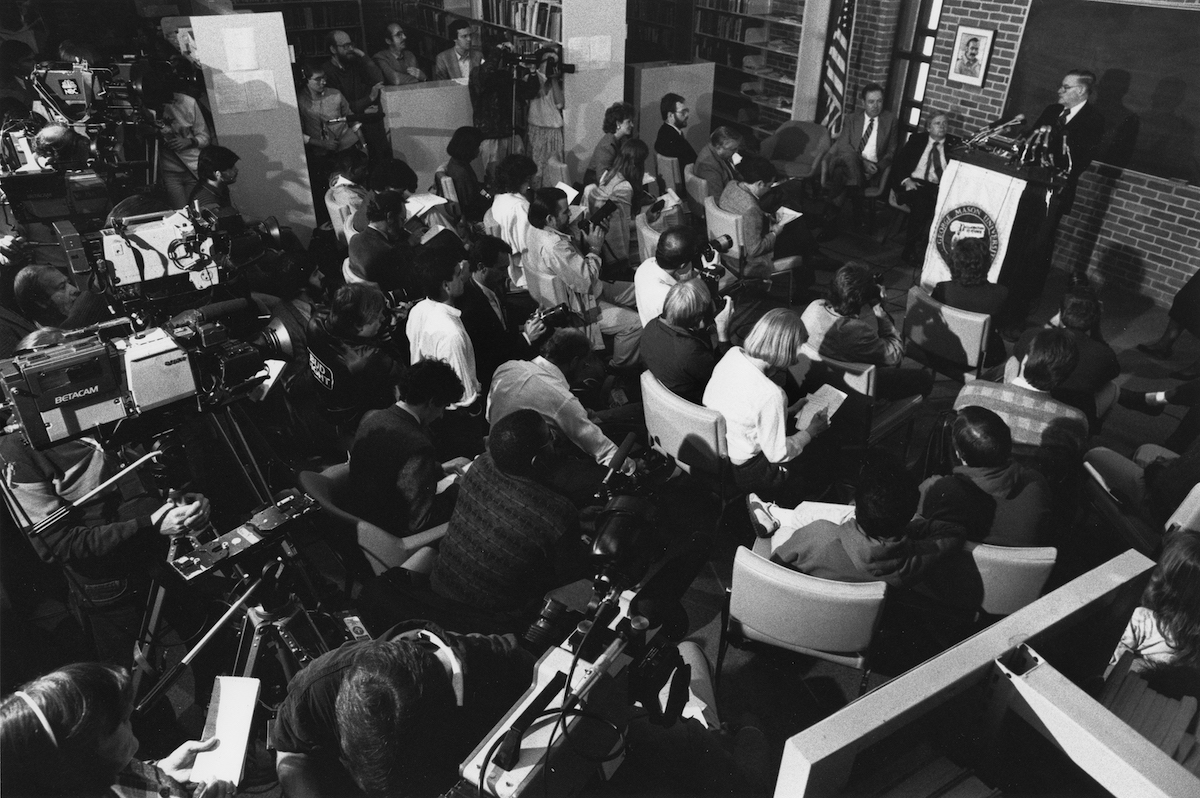 On October 17, 1986, the media descended upon George Mason University when economist James M. Buchanan won the Nobel Prize in Economic Sciences for his work on public choice theory. The press conference took place in George's Hall on the Fairfax Campus on the day the award was announced in Stockholm, Sweden, and was attended by reporters from around the world. He was Mason's—and Virginia's—first Nobel laureate.

Buchanan told "George Mason" magazine that when he got the call with the news he decided to celebrate by opening a 91-year-old bottle of port, a gift from a student that he had been saving for 15 years waiting for a special occasion.

Buchanan and colleague Gordon Tullock started the Center for Study of Public Choice at Virginia Tech in 1969. They moved the center to Mason in 1983 to be closer to the federal government they were studying. Buchanan led the center until his retirement in 2007. He died in 2013. Buchanan Hall on the Fairfax Campus is named in his honor.